Emma is so full of smiles these days. On good days, she would happily pose and give me her sweetest smile. At times, it would require some treats like her Mickey Mouse milk or raisins.

When she is outside of home, she is usually quite reserved and looks serious. She loves to observe her surrounding and people before she reveals her real self. 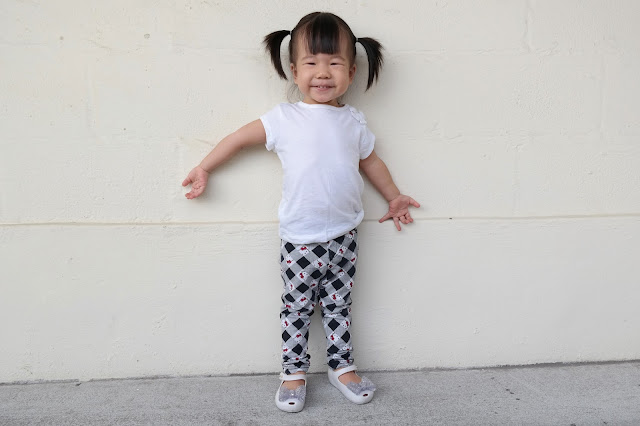 After 26 long months, Emma finally crossed 10kg and outgrowing her clothes. She is still looking petite even though she has cute hamster cheeks.

She was down with cough for a couple of weeks and finally recovered when the haze gets better. Thank God that she was still eating and sleeping fine during the sick period. We really dreaded the haze as it makes many people sick. Hope it clear off completely soon and may Emma be free of sickness!! 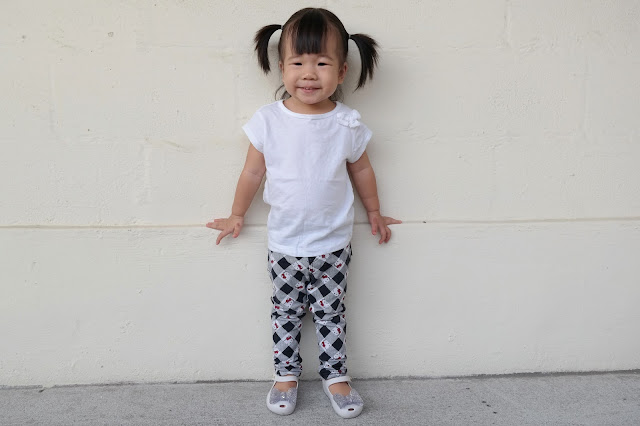 We spent some of our time indoor at home and almost driven ourselves to the wall. Thanks to Friso, we got our own indoor playset and Emma gets to play the slides without any worries. It really fun and helps to burn her energy. We also bought Emma her a Barney soft toy as children's day present and she loves it a lot! Other than the only haze free outing at Gardens by the bay for the mid-autumn festival celebration, we got to check out Little planet playland @ centrepoint and had a mama-daughter shopping date on children day.

At last, I did some painting with Emma. It was great fun and the artwork turned out surprisingly pretty. She also did her first scrap booking at church! It's great that she enjoys these craft sessions!

She has gained so much more independent and I usually let her do it by herself even though it's slowly so that she has a chance to learn. She has been soaping and standing under the running shower head for bath with some assistance. She brushed teeth herself and always asked to brush after her first and last milk feed. There were a few times when I tried to escape but it fails. She just kept asking to brush teeth. She has also mastered how to take out her pants/shorts by herself and could take out her top/dress if I help her to lift it up above her head. She keeps her milk bottle back to the kitchen sink area.

When we are outside with my in-laws' family, Emma would rush to hold her cousins' hands. They were few years apart and it's really sweet to see the 3 of them walking hand in hand. She is now able to jump without both legs up. 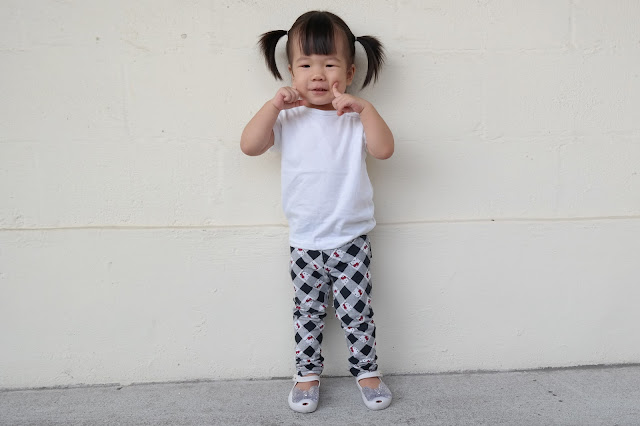 She has officially became the most chatty among the 3 of us. She loves to ask questions like what is this. where is xx?, what is papa mama doing? hui hui do xx (random activities), ok? There are just so many "she really understand what we are saying and know what she is doing or saying" moment!

She surprised us with the thanksgiving song for meals when hubby asked her to sing the song that they sing in school before meals. She also managed to say a full prayer by herself but it only happens once a while. She gave the funniest response by asking me to take photo of her when I wrapped a towel over her head and told her she looked so cute. I laughed so hard and we both just kept laughing for a few minutes.

After coming out with her own hello kitty song last month, she came out with an extended version - asking where are they and what they are doing in the tune of fingers songs. She spotted a box of raisin in one of the children day goodies bag and said she had no more cough (though she had just coughed few mins ago) so can eat raisin. Looks like she is really processing her thoughts well! 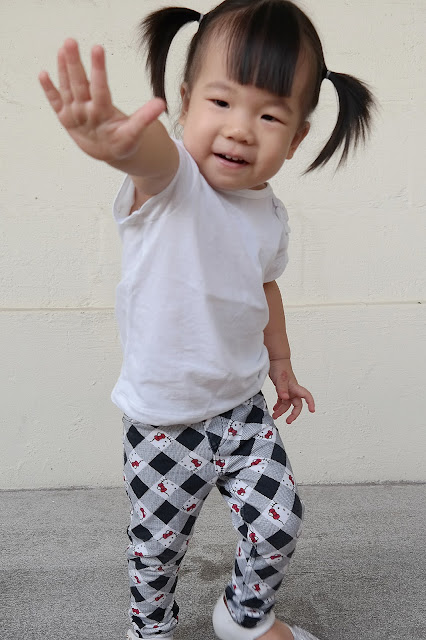 After a few months of "no break", we finally had our baby-free couple date. This time was with a big group of bloggers/instagrammers and we learnt about mobile photo taking. It's interesting as hubby and I argued our way of photography.

The past month was a season of change! I had a hair style - not a very great difference as I just straightened and did a c-curl at the ends. With Emma being more independent recently, I realized I could do things in more peace. Thus, I decided to step up on my regime after knowing about Clarins products. They work so well for me and I went to buy a few more other products on my own. I hope I could share more of them soon!

The coming 2 months will be an exciting period for me as I'll be participating in a "project". I don't know how I can survive it but I pray that I will continue to seek God in the process and learn as much as I could. More about it in 3 weeks time!

Thank you for reading and I welcome you to link up on Facebook & Instagram! :D See you around!