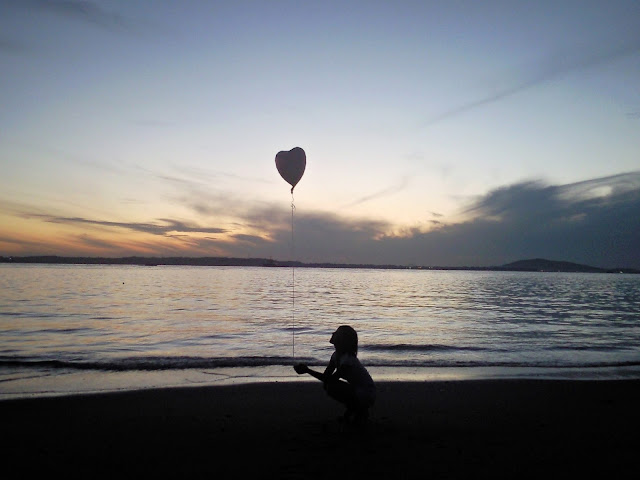 Do you hear me,
I'm talking to you
Across the water across the deep blue ocean
Under the open sky, oh my, baby I'm trying

I'm lucky, I'm in love with my best friend
Lucky to have been where I have been
Lucky to be coming home again
Oh oh oh oh oh oh oh oh
They don't know how long it takes
Waiting for a love like this

Every time we say goodbye
I wish we had one more kiss
I'll wait for I promise you, I will 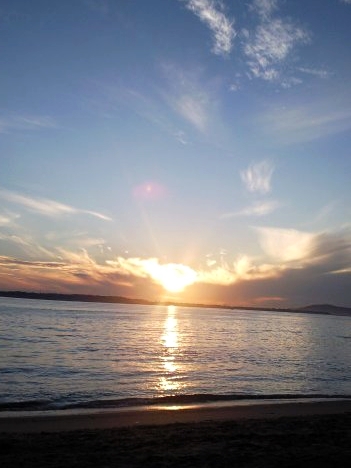 After sharing how I met your Daddy last month, I thought it would be lovely to let you know how Daddy proposed 7 years ago.

Knowing that Daddy isn't the most romantic guy in the world, I dropped hints to him that he needed to plan something for the proposal. He had obviously caught the hints and succeeded with a surprise proposal.

It was an usual work day and we had a bible study at one of my church friend's house. My then boyfriend picked me up after work and told me that there was some problem with his car boot when I wanted to keep some stuff in there. It didn't bothered me and off we went for our bible study. We ended late and he decided to sleepover my (your grandparents') place at night.


When I was deep in my lala land, he woke me up and asked me to change out of my sleeping clothes. Half awake with my bare face at 5ish am, I can't remembered the details (I might have scolded him) but he managed to drag me into the car but didn't tell me what he was up to.

I got back my sense a little when I hopped on the car and kept asking him where are we heading to but he refused to tell me. To keep me in suspense, he used his t-shirt to blindfold me. I was pretty excited and kept guessing where he was bringing me to. I suspected he was bringing me to watch sunrise and pop the question. What else can we do at that hour right?

It was a long drive and we finally arrived at the secret location! He asked me to wait in the car and he went over to his car boot. "I thought there was some problems with your boot?", I shouted out from the car as he picked up stuff from his car. And so, he actually locked the boot as he hid all the props in there.

As we walked across some patches of grasses (i think), something hit my head and it felt like a balloon. There went his balloon surprise! He brought me to the beach and quickly set up his props - a mat, 2 heart shaped balloons and a laptop. I was blindfolded all these while so I just kept asking questions like "where are we", "is the sun up?. Then, I heard some cheery song, Lucky, before he finally asked me to take down my blindfold.

I opened my eyes to Daddy asking "Will you marry me?" on one knee and I said "Yes!". We hanged out to enjoy the sunrise and took some (unclear) photos to mark this special day. 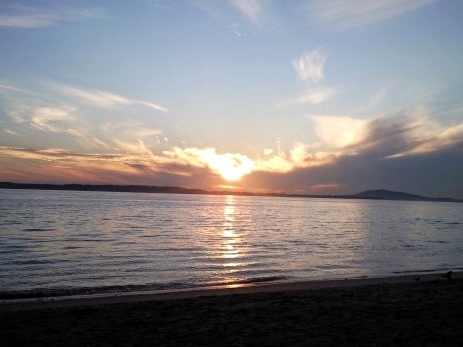 It was one of the best moments and my biggest decision ever in my life.

Since we were together, Daddy had been telling me that marriage isn't all about love, it's about commitment. I'm blessed to have a man who is committed to love me a lifetime and willing to step out his comfort zone to do all these silly romantic things.

I love surprises but Daddy is just the opposite. So, it touched my heart to hear that he spent a few dawn to scouted for a perfect sunrise place at the East (He stayed at the West). Just the day before the proposal, he even called up 98.7FM and spoke to Van and Young and asked if they knew any nice sunrise sports in Changi Beach but they aren't sure. He then went back to the car after the recce to a song dedication by Van and Young. It was Lucky by Jason Mraz and it became his proposal song. 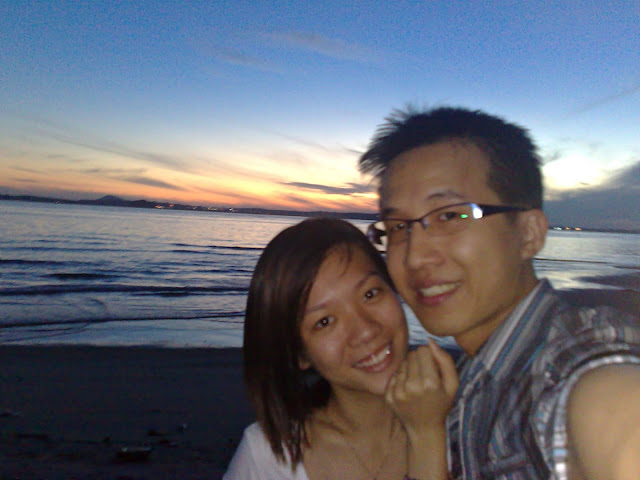 Come to think about it, it's pretty meaningful to be proposed at sunrise and under the witness of God.

For the Lord God is a sun and shield; the Lord bestows favor and honor; no good thing does he withhold from those who walk is blameless. - Psalm 84:11

I prayed that our love will shine just like how the sun would always beat the darkness. May our family will always walk in the light and honor God in the things that we do. 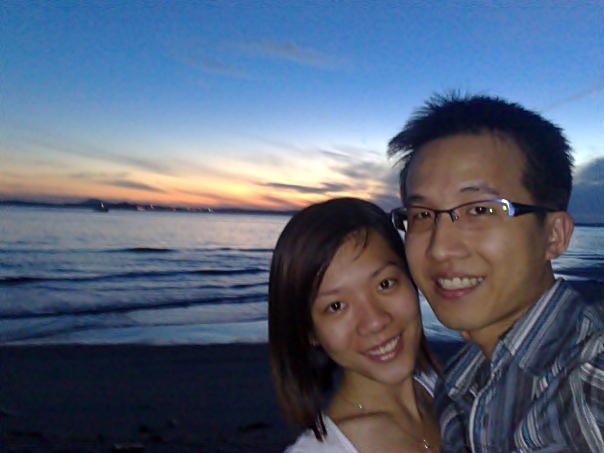 Emma, I wish that one day, you would be proposed in the most truthful and sweetest way! 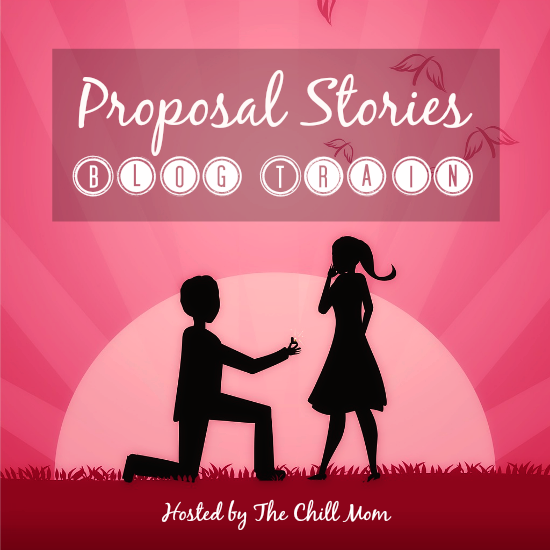 Big thanks to Michelle Hon from http://www.thechillmom.com for running this blogtrain and bringing back all the sweet memories.

Next up, we have Justine Ong. She is a tai-tai wannabe and dreams of being able to have it all by handling the kids and having hi-tea with her friends in a peaceful and quiet manner. When she is not daydreaming, she is a SAHM with 2.5 kids (sometimes 3.5 if hubby acts up) and constantly frets about their mental, emotional and physical development. And oh, stalking on her social media platforms if she has the time. Read on at tings.sg! 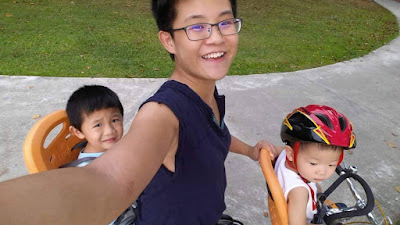