What started off as a simple sore throat turned out otherwise. After battling cough, bloated stomach, diaherrea and fatigue for 3 weeks, I finally managed to get a referral to specialist on my 2nd visit to polyclinic. My appointment was supposed to be a week later but I can't make it so requested for a reschedule. Thank God for his protection, I got a next day appointment at the specialist clinic as there was last minute cancellation. Doctor gave me a number of blood test, ECG, urine test and x ray. The x ray result turned out bad and he called me to admit to the hospital that Wednesday night. 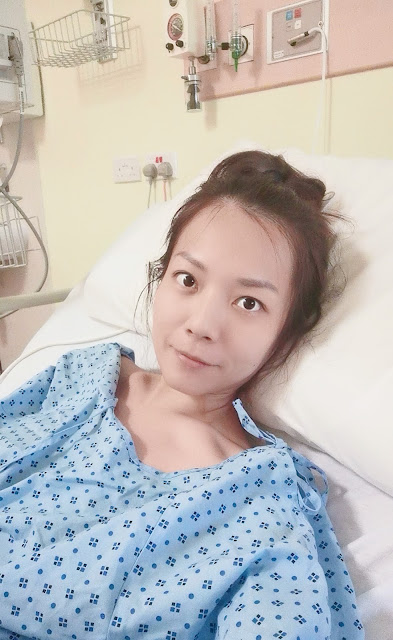 After settling dinner and some chores, I bid the family goodbye and headed to NUH to admit myself. Everything happened so fast after I registered. I was inserted iv plug and quickly put to a series of examinations and ultrasound. The earlier x ray result shows that my left lung was 80% filled with fluid and due the expansion of my lung, my heart was pushed to the right and slightly twisted. I had to do a procedure to insert a draining tube to drain the fluid at the A&E. The procedure was traumatising. I was given local anesthesia and some painkiller injection but it was still very painful. I could feel the doctor poking the tube to the side of my left chest and I cried so badly throughout the 15 mins.
After the insertion of the chest tube, I was sent to an isolation ward because I was considered a possible contagious case. I was eventually tested negative for Covid-19. I also did the tuberculosis phlegm test which came back negative.
Although the insertion was a horrible experience, I felt less breathless after the drainage. My heartbeat rate also reduced. I feel physically better. The first few days were all about draining my fluid from my left lung. The fluid was sent for testing to identify the cause of all these and it took days for the results to be out. I was given antibiotics and painkillers.
It was worrying as the draining was blocked half way. But thankful, it continued to drain after the doctor did a flush. 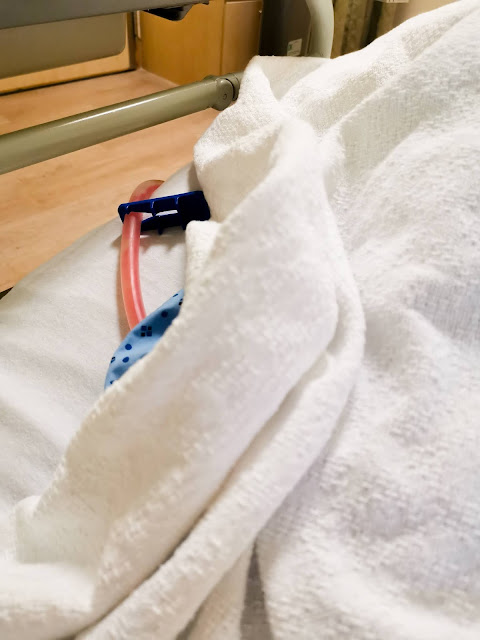 But guess the most worrying part is the cause of having fluid in my lung. The word "Cancer" popped up right at the first call to get me admit to hospital. Doctor didn't know why and it could be because of infection, pneumonia, tuberculosis or worst case cancer. The CT scan also showed that I've something at my ovary but it wasn't a big surprise as I've PCOS. I was arrange to see a gynae after I discharge. All I could do is to pray and ask people around to pray for me.
I was deisolated for a day and went back to isolation in negative pressure isolation ward because they found TB in my fluid. On Monday morning, I did a procedure to drain the fluid and get sample for biopsy. Doctor said it's very likely TB.
I was given local anesthesia (alot more) and painkiller so was awake throughout the hr plus. The professor did her work behind a green screen. I could feel many pokes but mostly pressure and suction. I could hear the professor saying to the junior doctor, don't think it's an easy thing, it's very complicated. I was taken aback and kept praying throughout that hr plus. It was yet another traumatising experience. Thankfully things went well.
I came back to the ward feeling ok until suddenly I couldn't catch my breathe for a few minutes when I tried to sit up. I got better but was weak the rest of the afternoon. My chest tube was replaced with a bigger one and attached to a suction machine. Dr came back to check on me and shared that the good news is it was Tuberculosis. There was no signs of cancer. It was a great relief as I'm still young and it is curable. I was given TB medications - alot of them. And need to take them for 6 months. 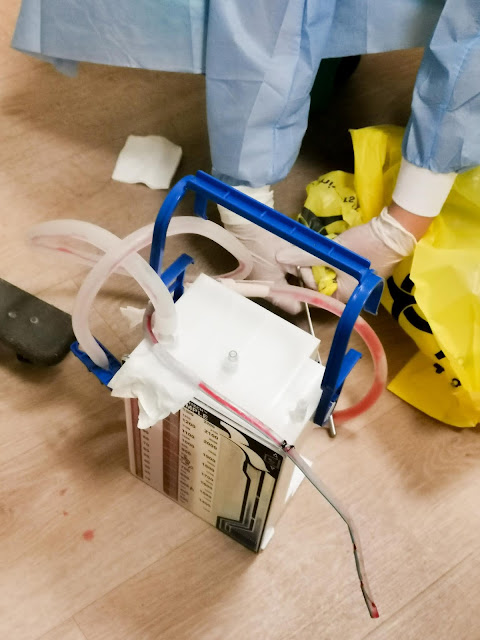 After 7 nights at the hospital, about 3 litre of fluid out of my left lung, multiple scans, alot of prayers, I'm finally back at home. I thank God for his protection. I could have found out my Tuberculosis much later and things might be worst. I had to go through all diagnosis and treatment alone. Honestly, I was really scared but I could only just pray for courage and strength. I was much alone but God is always there for me to hold me through.
Hubby had been really great at taking care of the kids since the start when I got sick a month back and even helped to deliver food at last minute because the food at the hospital was horrible. With his new dishwasher purchase, he can run the household except cooking.
Thankful to many who pray for me over whatapps, videocalls and keep checking on me. Bosses and colleagues have been very understanding towards my conditions too. So glad that my parents who didn't really know the full story managed to visit and asked me to pray to Jesus. Daddy even came with 2 photos of Jesus. I'm thankful that they have Jesus in their hearts.
Thankful that my condition wasn't contagious as the TB virus was on the lining of my lung. Thus family should be safe. It wonder how lucky am I to get this as it's not easy to get TB. Anyway, if you are coughing for more than 3 weeks and have breathless, do see a doctor.
Stay safe all!
Posted by Ashlyn Thia