We spent a good 4 weeks with Milo before giving him up to another adopter. Milo is a very fun and active puppy. However, he was getting a rather bitey and rough on me. It is unlike Miaty who was an old JR and had outgrown the stage of biting people, even though he still bit another stuff, when I stayed with him.

In order to stop it, we often needed to put a muzzle on him. However, we know that it would be very uncomfortable for him. Hence, we thought that giving him up to someone who could better handle him would be a wiser choice. A couple of adopters came by to see Milo and he was eventually adopted by an Indian lady who is a dog lover and has another dog. We missed him and hope that he is getting on well with her family.

After this episode, Hubby still wants a dog. He went on to search for the right match and fell in love with Japanese spitz. He went to visit the JS puppies at the home breeder’s home alone and wanted to get one of the two puppies available. It was just before our church retreat and we decided to put it on hold even though the breeder told us that they should be sold by the time we are back from our trip. We called the home breeder when we came back and were happy to hear that only one of them was sold. Hubby brought me to see the ‘last available’ JS puppy again, and it happened to be the one that he wanted initially.

She is really cute and, most importantly, seems tamed. Her mother is really gentle and obedient, but unfortunately she is not for sale. JS breed generally has very nice personality. After much thoughts, we decided to bring her back. It has been almost 4 weeks and she has already settled in. So, I guessed it’s time to introduce her to everyone :D 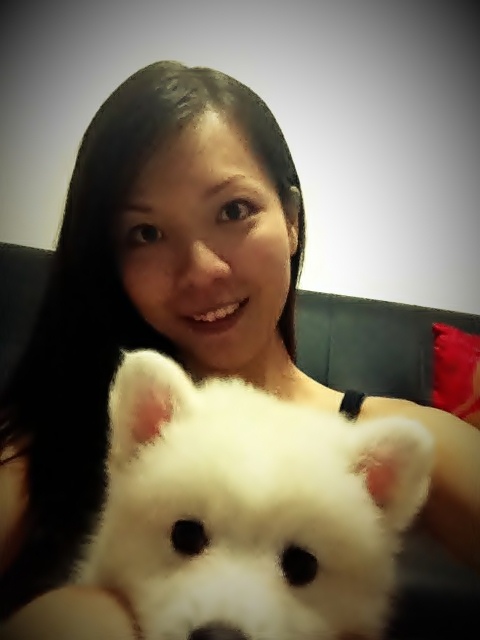 Her name is Shiro (“white” in Japanese). She is around 3kg and turning 3 months on 20 Jan 12. She grows up pretty fast and should be full grown by 8 months. She likes to follow us around the house and enjoys a good long tummy rub. 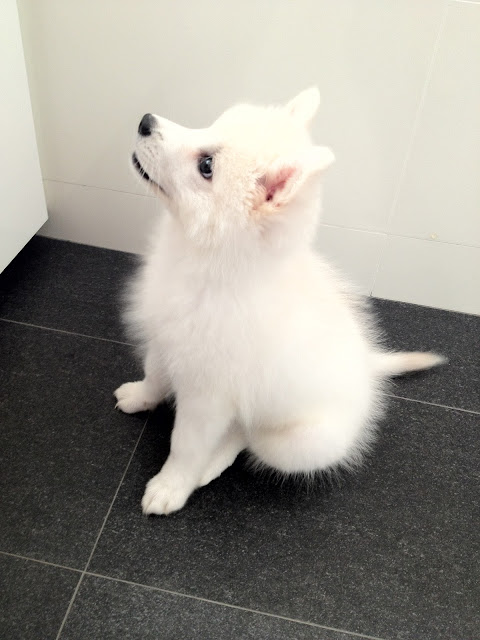 She is almost toilet-trained, with some "accidents" on and off... 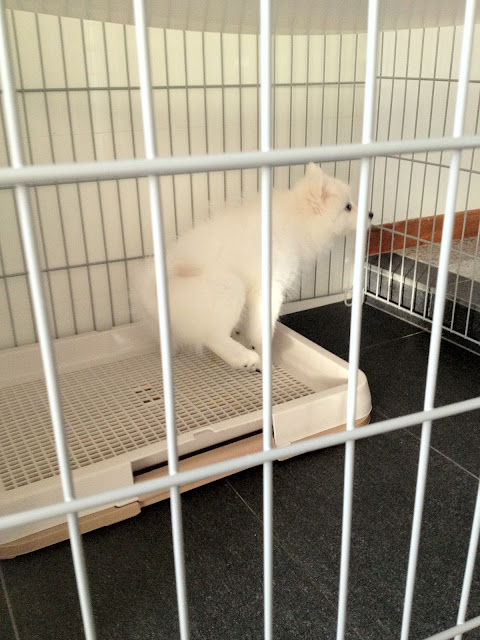 She can understands some instructions like come, sit, lie down and shake hands. Being a puppy, she still bites, but is rather gentle and ceases biting when we asked her to stop. Nevertheless, there are still lots of trainings & discipline needed.

So far so good and we are loving her more day by day!