It didn't seems like the best idea for Daddy and Emma to visit Universal Studio Singapore (USS) on the morning of Chinese New Year Eve alone. However, we had tickets that were going to expire in a few days' time and we couldn't make it earlier due to house move. Thus, I casually proposed to Daddy to bring Emma over alone and I will join them around noon after work. To my surprise, Daddy was game for it!

It wasn't their first Daddy & Daughter's outing but their last outing to a Mickey Mouse Show was about a year ago. Besides, Daddy had been so busy with the house packing at nights and he didn't have much time with Emma the week before. So, it's certainly a timely opportunity for them to have some 1-1 time.

When the day came, Daddy and Emma were so excited. After dropping me off at office, they went back to get ready for a fun day out! To make sure they wasted no time, they arrived even before their doors opened. 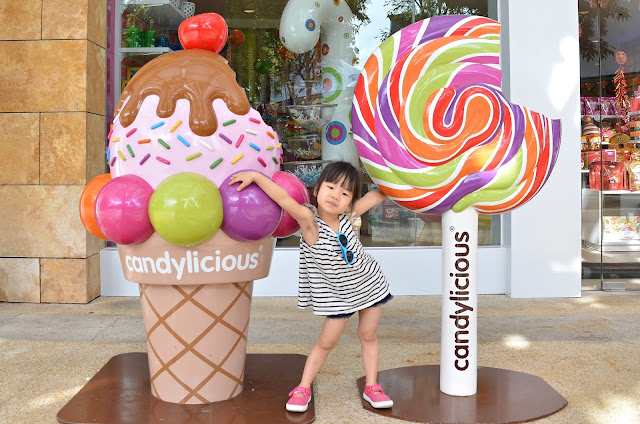 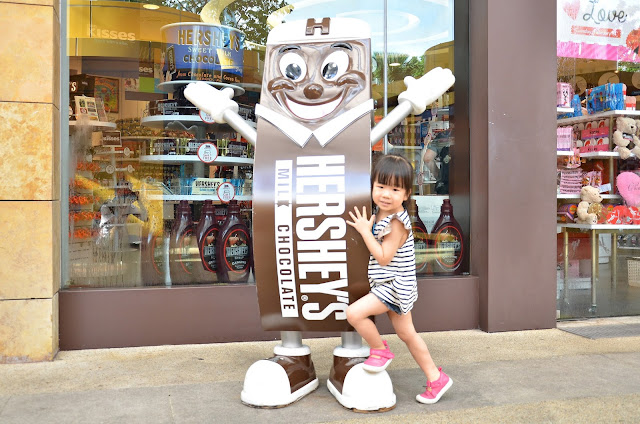 Hours dragged by and I finally reunited with them at USS around 1pm for lunch. Emma was so excited and started to share with me about their morning when she saw me. It really looked like she had enjoyed her time with Daddy.

They explored USS and took lots of selfies! 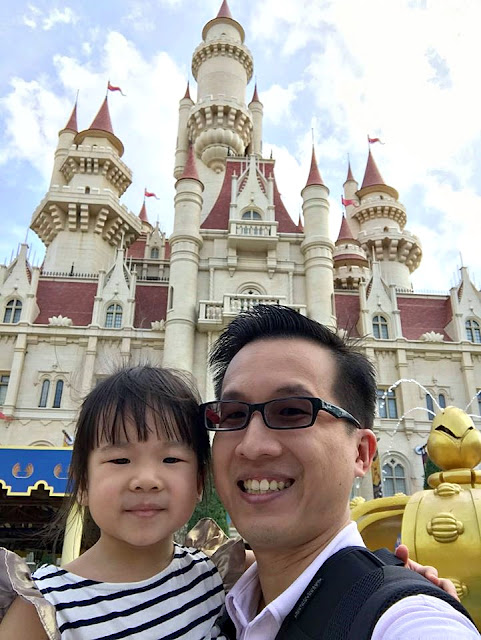 Knowing how much Emma loves carousel rides, Daddy actually went on it with her! It was his first-ever carousel ride with her despite having no liking for giddy rides! 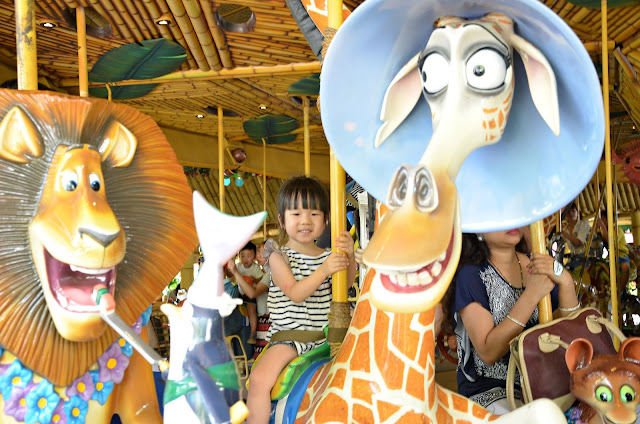 Besides the all-time favourite carousel rides, she also watched the Sesame Street Show (her favourite!), Shrek Show (half way as it was scary for her), street performance, took the treasure hunters ride, went on souvenir shops shopping (another favourite!) and did hand painting.

We also managed to score a photo with Elmo before we left. It was such a fun day for us and we were thankful for the great weather! 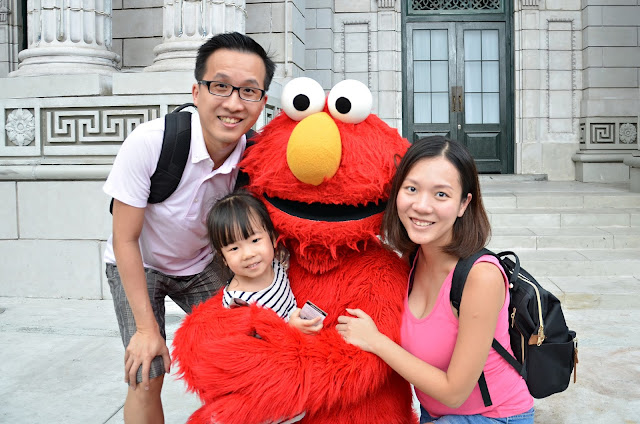 Since we had upgraded the tickets for 6-month Season Passes, we decided to go back again on the 3rd day of CNY. It was super crowded but there were many more mascots this time round. On a side note, the Season Passes are really value for money! Do check them out!

We also caught the WaterWorld show which Emma surprisingly enjoyed. She found it noisy but exciting! Daddy loves it too and thought it is the best live action show he had ever watched. 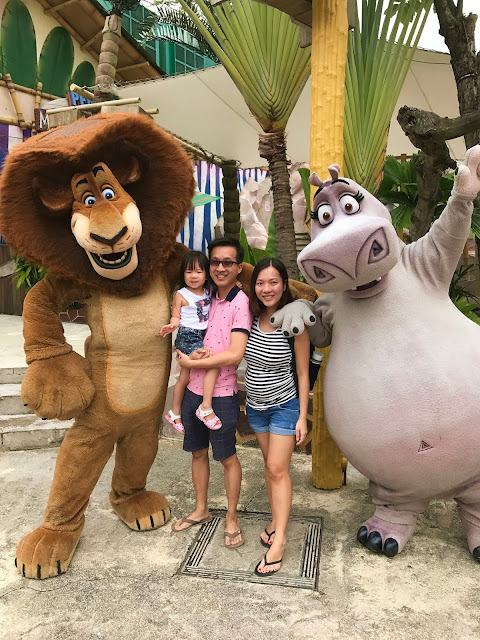 The Madagascar casts were so cute! 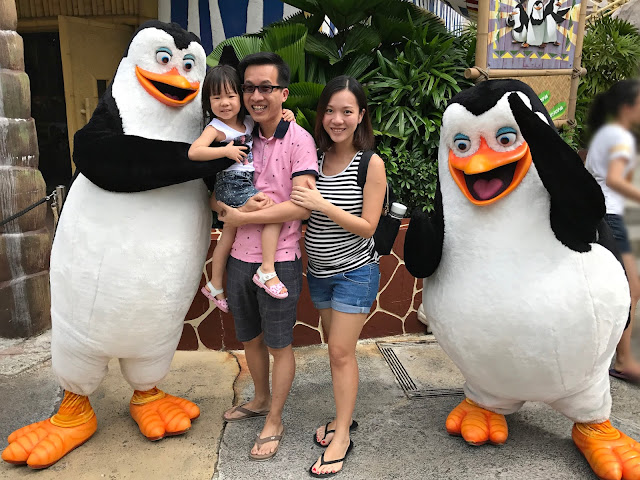 As much as I would love to have outings as a family, I think having Daddy/Mummy & Daughter's outings from time to time are precious. Besides being involved in the daily parenting, having special outings help to strengthen bonds and bring about new experiences. I'm looking forward to more beautiful 1-1 memories for our 2 daughters in time to come!
Posted by Ashlyn Thia