Breastfeeding: The test of physical and mental strength?

Looking for convenient ways to express breastmilk? Check out Baby Express Handsfree breastpumps. Quote "Ashlynthia" for 10% off.
They said every child is different and so is the breastfeeding journey.

Avalyn and I had a pretty good start, she latched well and I felt confident breastfeeding the 2nd time. However, it was short lived. Avalyn had to stay in the special care unit over one night as she had low sugar. Over there, she was then fed a mixed of formula milk and expressed colostrum. I went over to the ward to latch her a couple of times as well. Worried about her and milk supply, I could only do my best to hand express and pray hard. The pump wasn't working well for me and even though I was familiar with hand express, it wasn't easy. It takes about 30 mins to express and collect 5-10 ml of colostrum using a syringe. Super demoralizing. It was literally golden drops. Thankfully, milk supply kicked few days after and she was nursing well. 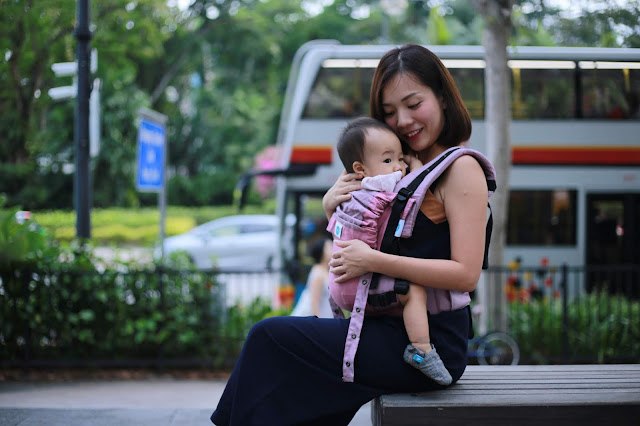 Avalyn had jaundice so she visited the polyclinic a few times in her first 2 weeks. During which, her weight was measured at each appointment and doctor raised small red flags. She was losing weight at first then gaining weight very slowly. She was a very sleepy newborn and drank very little when nursed so doctor recommended me to express and feed her breastmilk instead of nursing directly. I was very reluctant to give up nursing and I miss the bonding but I had to because she was really small size. She quickly gained weight after bottle feeding and I knew I've made the right decision.

And so, I embarked my milk expressing journey earlier than I would love to. 12 months of pumping, countless times of milk expressing and endless washing of bottles & pump parts. Thankfully, it was a very smooth journey. I had no mastitis, decent supply and mild blocked ducts which I had learnt to clear when I was breastfeeding Emma. One case of bleeding milk duct, I actually pumped out a bottle of Bandung! So horrifying! It was a relieve that I recovered the next day. I drank lots of oat milk as it's my milk booster. I didn't have much problem with pumping schedule as I could do with 2 hours before or after the planned timing as long as I pump the same number of time a day.

I started off with oversupply and packed my in law's fridge with all the frozen milk. For weeks, I had to discard the extra milk as there wasn't any more space to store. Unfortunately, things took a turn when my pump broke. My extra pump was at office and I had to pump later than I had to. Thereafter, my milk supply dropped by a little and remain rather stable for months. 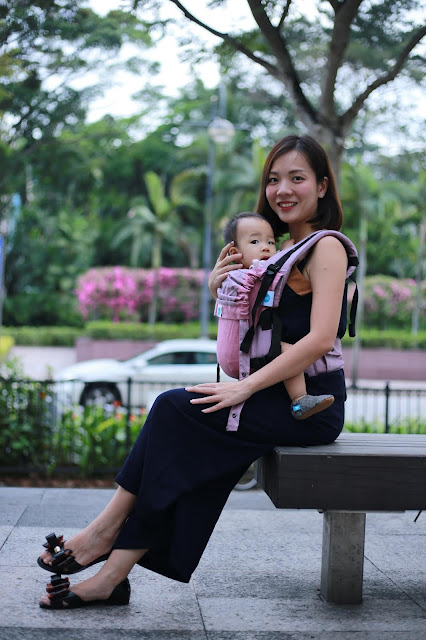 From 8 pumps to 6 pumps to 4 pumps a day, I finally sustained with 3 pumps a day for 5 months. Then, I dropped to 2 pump then 1 pump over the last few weeks. It was as challenging pumping this round even though I had the supply and experience. I had to multitask a lot. Unlike pumping with just Emma around, it was harder to find a perfect time to pump especially when both girls were awake. I had to stay up till midnight and wake up earlier to pump. There were times that I overslept after putting the girls to bed and had to pump at 2am. Work was really hectic so I worked on my laptop while pumping. Apart from the time that I was pumping, I was always on the go. Honestly, it was not difficult this round but it was just really physically tiring and also mentally more challenging this round than the last. 24 hours are just too short for a day!

I'm so happy to finally hit my 12 month target. Both time, I started to wean at 12 months but Emma has reactions to formula milk so we had to drag on another few months. Avalyn took less than 2 weeks to switch to full formula milk - very smooth transition and the whole weaning thing seems less emotional than before. Perhaps because, I had been thinking about stopping for months. I thought of giving up halfway but I hung on real tight as if I was on a float in a deep sea. Last Sat, I forgot to bring my pump on our staycation at Amara Sanctuary so I decided I shall might as well stop pumping then and there! By then, I was down to 1 pump a day so I just handexpressed to relieve and am currently still trying to wean.

I'm relieved and thankful to be able to nourish Avalyn for 12.5 months! I know it's not very long to boast about - there are some mummies to breastfeed till toddlerhood and I really respect that! But, I thank God for watching over me, giving me the strength and perseverance to press on. I'm thankful for Hubby's and Emma's support in my breastfeeding journey.

Now, it's finally time to bid farewell to my breast pumps! I'm looking forward to the extra 2 hours a day. 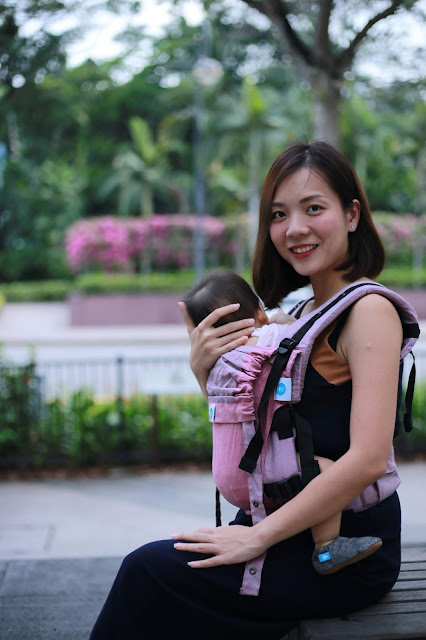