Because you never know who's behind the wheels.

30 mins of wailing, that's how long Avalyn could cry in the car when she was young. She dislikes being tied up in the car seat and no amount of coaxing could help soothe her. And that lasted a few months. Things got better, she cries lesser but car seat is still not her favourite. We don't know if it's because the hand down car seat was uncomfortable or she was just crying for me to carry her as I sit next to her. Hubby always think it's me because Avalyn often don't cry until I hop on the car when he picked them first before me.

Over the past year, all four of us just went through this ordeal as we had to. We had to because Hubby fetches them alone a lot and it is only possible with car seats. We had to because it's safer. Thankfully, Emmalyn has been very patient towards all her wailing. Never once she asked her to keep quiet, only failed attempt of gentle consolation.

She was almost outgrowing the old infant car seat, so we replaced it with CYBEX Sirona plus a month ago. After changing it, we are getting so more smiles and peace though there are still some misses where she cries for attention. I believe it's surely more comfortable for her now. She also waved goodbye and flying kisses to me when I alighted from the back seat. Whee, happy dance! Now, she sits behind with Emma (in another car seat)  and I finally claimed back my front seat! Praying hard that she would grow to love her car seat more! 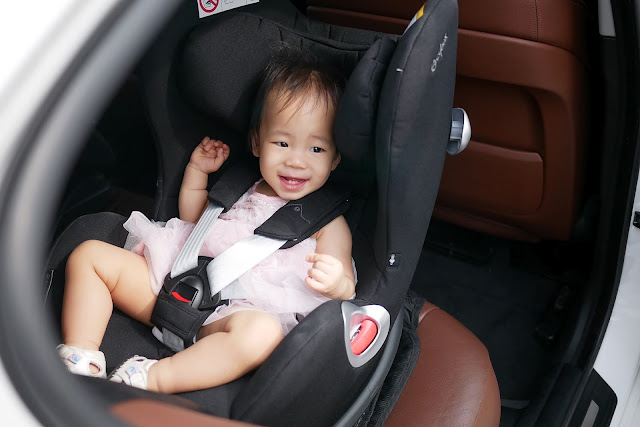 No doubt car seats are one of the most important baby gadget for modern parents. Our family can't do without one. A good one would worth the time investment as it can be used for a few years! We never know who's behind the wheels and using the car seats are the best way to keep our little ones safe.

CYBEX Sirona plus is a combination car seat that fits newborn to toddlers up to 4 years old. Besides bringing a great mileage of life span, it has many unique and safety features. Let me share why we love it!!


Do you know a rear facing child seat reduces the risk of injury in a head-on collision by more than 80% when compared to a conventional forward-facing seat with harness system, as the force of an impact is distributed evenly over a large area. So, it's recommended to sit rear facing even past infant stage.

This car seat allows child to be seated rear facing up till he/she is 18 kg. That's so much longer than the infant car seat we had! Then again, when the child is older, they might want to face front for a better view.


This is one unique feature that is certainly good to have! It makes putting Avalyn on the car seat easier and less back-breaking. Avalyn was initially startled by the rotation but she's loving it so much now! She always gives a bright smile when she was rotated towards the door! 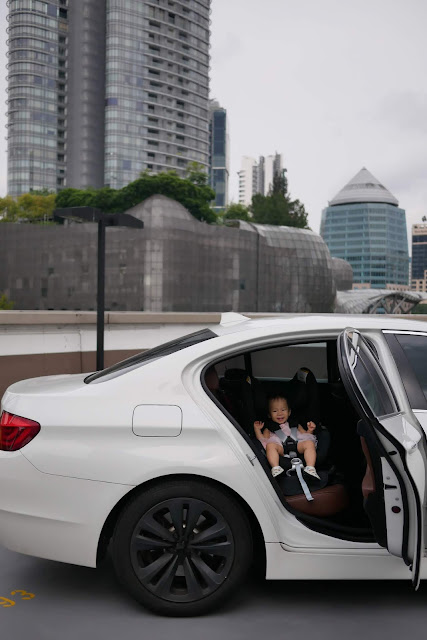 
For Children from 9-18kg (approximately 9 months to 4 years old) Cyber Sirona Plus can be used as a forward facing seat with impact shield. While Sirona Plus can be used rear facing up to 18kg, some older children might be have insufficient legroom depending on their body shape and size. So, you choose what works best for your child.

Unlike the infant car seat that we have, Sirona plus is secured using the car's ISOFIX system and requires no further fastening with a seat belt. There is also a prop at the front to help absorb the force of impact in case of head-on collision and provides additional stability.  That's probably the one down side for family with cars that don't come with ISOFIX. 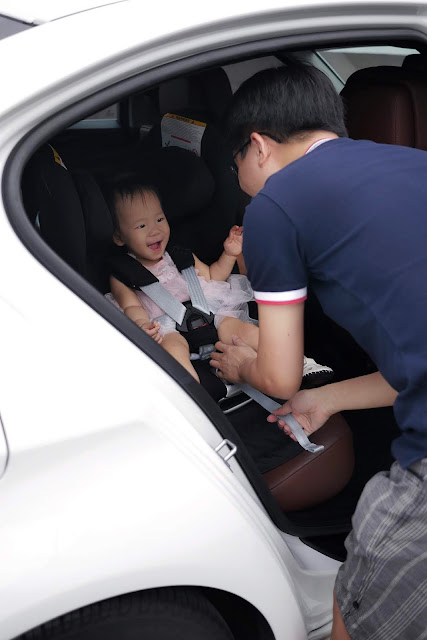 
It has an unique feature telescopic linear side impact protection that I couldn't figure out what was it initially. Along with the head and shoulder protectors, this handle-like feature actually absorbs the force of a side impact collision at a very early stage. Sound so cool! 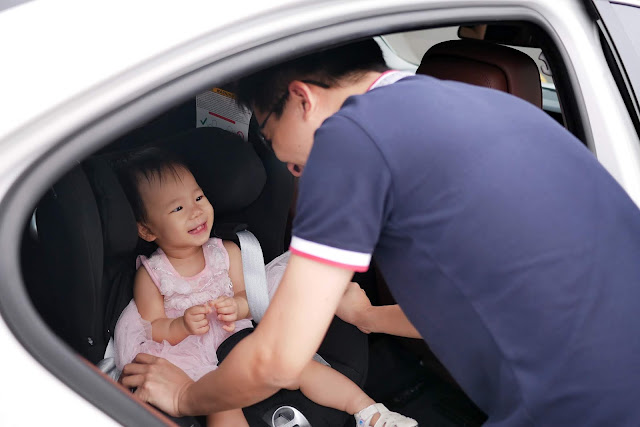 There are really lots of thoughts going into the design of Cybex Sirona Plus. It's a smart, safe and useful gadget to have! We're so glad that we've made the change! Yay to more peaceful and safe rides!

Hop over to Cybex Website to find out more!
Posted by Ashlyn Thia