2020 marks the beginning of our new journey of formal education and earlier wake time. Emmalyn started her primary one last Thursday with quite a “bang" - a shorter than usual bangs and some small dramas. 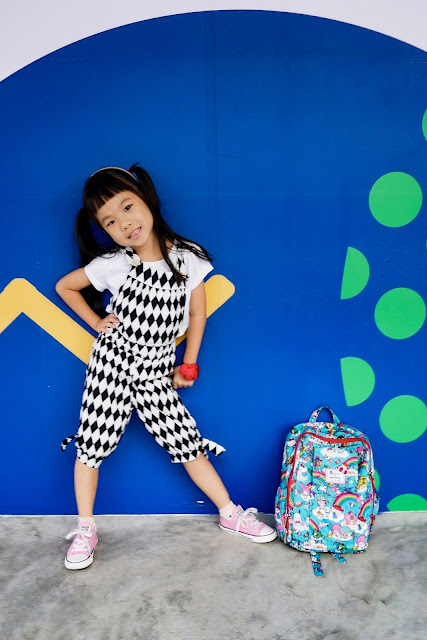 Emma woke up with much excitement, drank a cup of milk, changed and tied her hair quickly. She's definitely very ready for school! On the other hand, Avalyn wanted to sleep longer. Poor mei mei had to get up early 4 years earlier! The girls need to wake up at 6am (an hr earlier than before) and we would wake up at 5.15am to prepare for work. We try to get them to bed at 8.15pm and fall asleep by 9pm. They used to go to bed at 9pm and sometimes only fall asleep at 10.30pm.

We aim to leave home at 6.45am and reach Emma's school by 7.05am to avoid traffic jam. Avalyn and I are now the first to report to the childcare and work. Thankfully, my boss supports the idea of starting and ending work earlier. I hope to make use of this short breather time to cook dinner, do some housework and rest my mind before the girls come back home at around 7pm. Afterwhich, it would be mad rush to have dinner, catch up, bath, pack bag, do school work and get them ready to bed.

Avalyn started PG2 and is now taught by Emma's K2 teachers who are more strict than her previous teachers. Being a smart and fast learner, she often act up when she can't do to do things her way. So, we are looking forward to her being tamed by her new teachers. At home, we are also learning to be more firm with her. 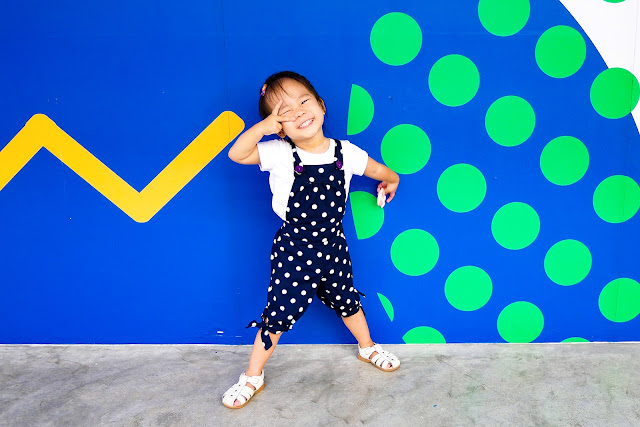 Back to Emma's Primary 1, parents were able to enter the school and observe the morning assembly and recess on the first 2 days. There were no proper lessons and it's mainly introduction. We haven't receive the timetable but had a packing list for the first few days of the school. During assembly on the Day 1, Emma sat behind her friend from her childcare centre. In between flipping her book for silence reading and chatting with her, her eyes were busy observing the people around. She was blessed to have 2 classmates in her class and another 7 in the same school! It was such an emotional moment especially when the children (P1 and P2) began to sing the national anthem and I can't help but to feel that the once little ones are no longer so little.

After the assembly, we were asked to leave the school and return at recess. Parents were not allowed in the canteen so we could only stand from a distance to observe. We spotted her eating from her snackbox that was meant for the 12pm break in class. After much hard attempts, she finally walked over to say hi and reluctantly be reminded to get proper food. She's really enjoying the independence! While I passed her some money as she forgot to bring her wallet down, I saw a familiar face behind her. I asked for her name and was thrilled to hear “Rxxxx"! It turned out to be my best friend's niece! It's really God's blessing to pair both of them up! She's such a great buddy. During the 2 days, she brought Emma around to buy food and play! The school asked the children to do a card for their buddies and their notes to each other were so sweet!

It was such an exciting moment when we finally see Emma after she left the canteen to explore the other compounds of the school (only the canteen was the restricted area). Seeing how she ran around and played at recess at Day 2, I can totally imagine her enjoying herself, running around and making new friends! However, I do worry if she eat because her mind is all about getting sweet drinks! On Day 2, she bought a packet of grape tea and kept signalling wait when I asked if she had eaten from afar! Whether the hard or easy way, I pray that she will learn to eat responsibly soon!

I went back to work after recess and receive my first call from the student care on the 1st day! "Mrs Ng, did you happen to pick up her daughter from school today?". "No, I replied". I was feeling anxious, confused and calm at the same time. Ended up, Emma and another classmate were sent off to the wrong dismissal point. They just had a rehearsal at orientation at a few days back! There were still no news of her after 10 mins so I hopped on a cab to school but u-turned back when they called to update that they had located them. What a scare! On Day 2, I asked her to lead me to the dissimal point and the assembly areas just to let her learn the way!

We later found out more funny and worrying stories from her when she came back! She and her classmate led half the class into the classroom next door and it was her first experience of "getting lost". I guess she might be busy chatting with her friends and just blindly follow the another classroom lines after recess.  She knew almost the names of everyone in the class and even managed to draw out the classroom sitting plan when we asked where she sits. Canteen is no doubt her favourite place as she gets to buy her own food and drinks. She was excited to learn that her buddy is the niece of my friend and she likes her buddy alot!

To our dismay, she was bullied by a boy at her student care. According to her, he scratched her arms, pulled her hair, kicked her and boxed her stomach. She also showed us her scratched marks. He had also taken on other children. Thankfully, she was brave enough to inform the teacher and also let us know about it. She was calm and didn't look too affected or traumatised. We assured her that she had done the right thing and asked her to pray about it and for the boy. I texted the teacher the next day to just to make sure that she is indeed made aware of this and asked her to look into this. At pick up, the teacher shared that the boy is indeed a handful. They had to watch him closely so he didn't disturb other children. I guessed it's inevitable to have some more challenging children in a group. I just pray that Emma will learn to protect herself, the teachers would have wisdom to handle the boy and the boy will learn to control himself.

What an eventful 2 days at school but I'm thankful that Emma is enjoying the school and the independence so far! Proper school has yet to start and I pray that Emma's excitement for school wouldn't dwindle too much or fast! We did up her weekly timetable together on Sunday and she was happy to "plan" out her week. As for me, I really can't help but to feel jittery about juggling work, family, school work and housework and am asking God for greater strength, wisdom and grace every day!