It was a proud parent moment! After 10.5 months of drum lessons, Emma had her first drum recital! She drummed to "Fight Song" in front of a group of around 30 parents and children. 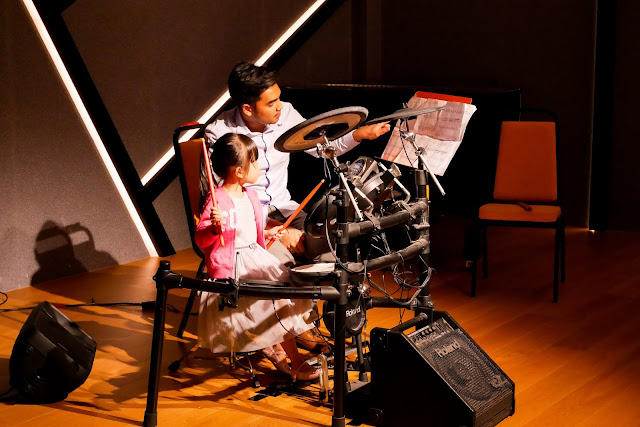 I know it was silly but my heart pumped faster as the emcee called out her name. I felt that I was the one walking forward to perform in front of the crowd. It didn't help to have the room dark and spotlight on. Hubby walked her halfway to the front and went to the dedicated spot for parent to take video. Avalyn and I watched her played by the side as I anchored my gadgets to capture the precious moment.

She looked calm and displayed a silent confidence as she sat herself down at the drum set. With Mr Putera by her side, Emma drummed her way with her hot pink drum sticks. As she hit the last beat, everyone clapped. We were glad that it went well. In fact, all the children, aged from 5 years old to 12 years, drummed well too! 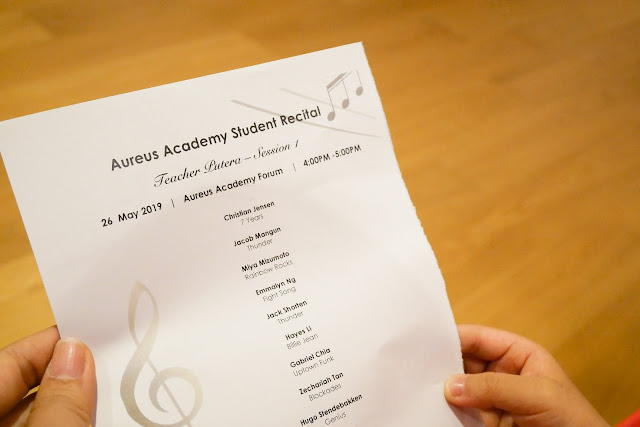 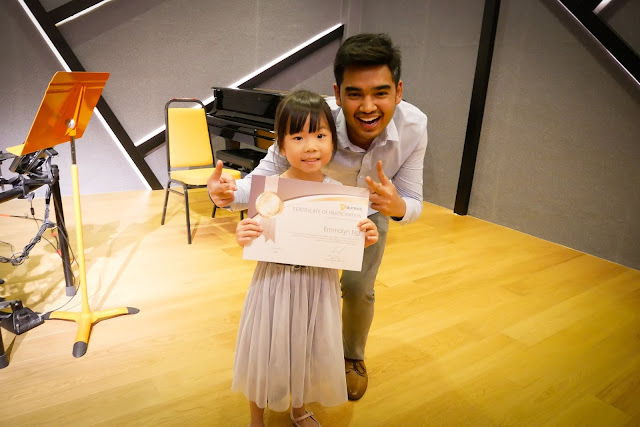 Another person that I need to give credit to would be Hubby! Besides being the one who sent her to lessons, he also spent many nights practising with Emma before the recital. Honestly, it wasn't without any whines, cries and rewards since we hardly practise on usual days. Emma would very much prefer to play than practice and we hardly practise outside lessons. However, which children enjoy doing repetitive stuff? 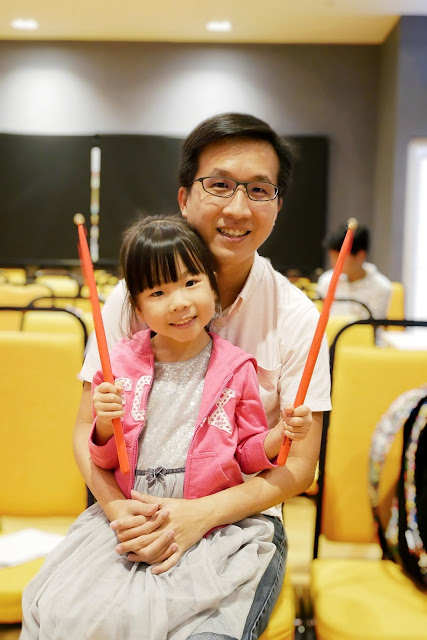 After the recital, we asked Emma how she felt. She wasn't sure but she seems to feel good about performing. She was also happy to get a toy as her reward after the recital! Hubby and I both thought that it's very useful to have recital as the students get to put what they have learnt to test and watch others children drum. It's motivating to see other children performing especially when their classes are conducted one on one. Overall, it has been a very fruitful journey so far! Thanks Aureus Academy! 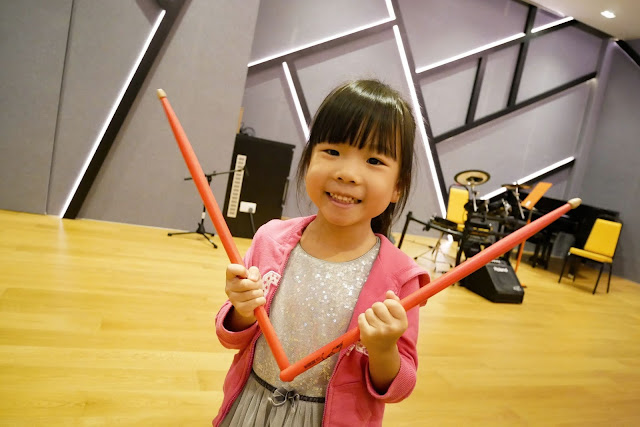